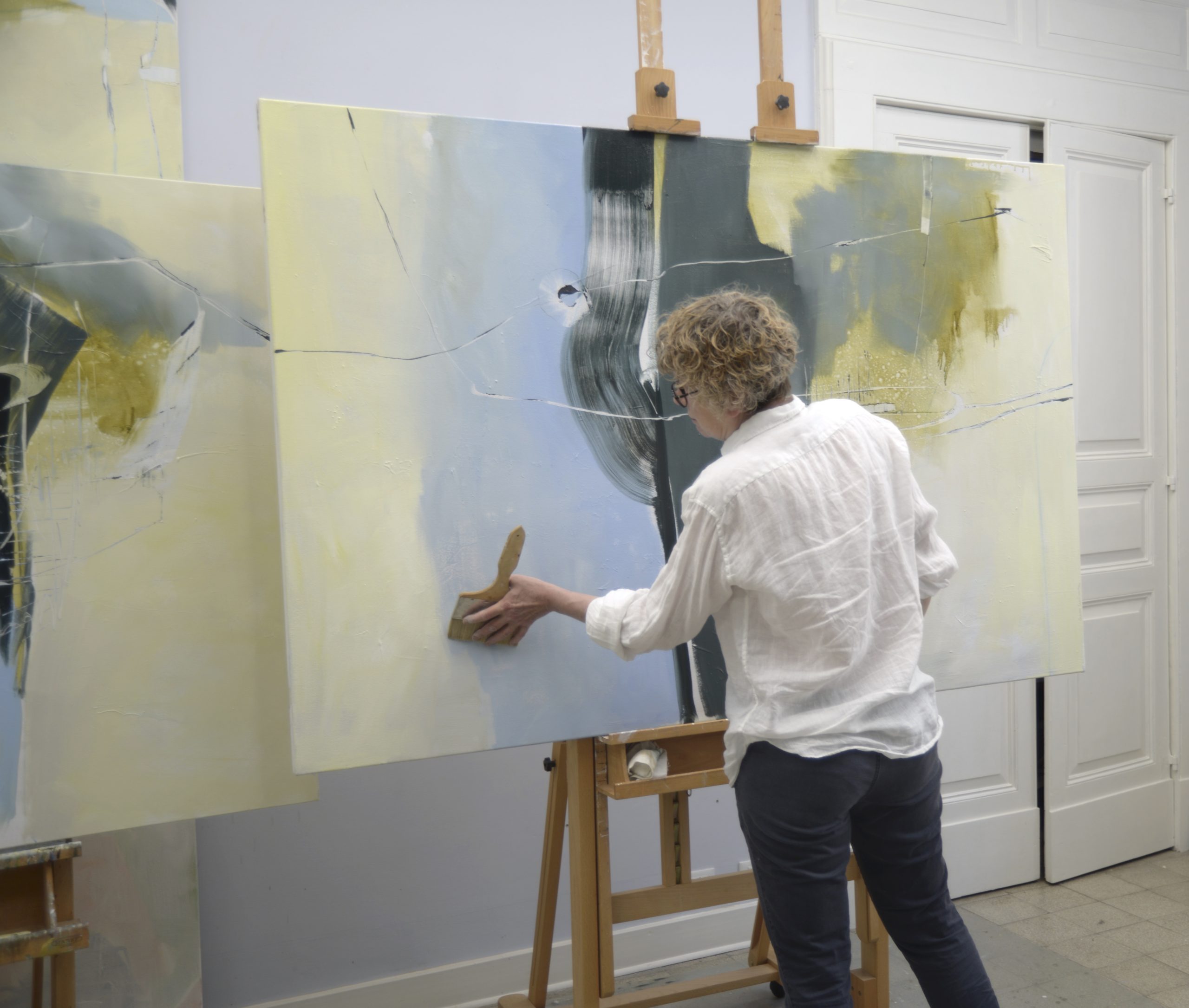 Larissa Eremeeva is a Dutch artist who has moved around some in her life.  Every country in which she has lived has inspired her art – and every country has left enduring influences in her work.

Born in Russia, she studied art in Belgium.  After living and working in the Netherlands and the United States, her home is now in the beautiful province of Abruzzo in Italy.

Having spent many years using art as a way to satisfy an obsession with human behaviour – in particular our strengths and vulnerabilities as we go about our daily lives – personal tragedy drove Eremeeva to turn her focus inwards … towards her own emotions.

She became driven by ideas of transience and impermanence … mortality, eternity … the awareness of  generational threads that may bind or may break … how memories may be recalled and how memories may be erased. And now, in her latest works, she draws on themes of silence, poetry (especially that of Pessoa and Pasternak) and just living a life.

Ideas made emotion, expressed by texture and rhythm.

Eremeeva describes her process “as if pictures are tattooed inside my head”, initiating a sequence which defines the style, palette, medium and the scale of what she paints. The result is an abstract expressionist style of painting which she calls “evocative abstract”.

While the resulting work can be viewed as purely abstract, she intends her paintings to evoke objects, feelings and memories for the viewer.

Whether these feelings and memories relate to those felt by her, the artist, is not important. What is important for Eremeeva, is that people who see her art may be stimulated to delve further and explore their own perceptions of the world and their own emotions.

This website uses cookies to improve your experience while you navigate through the website. Out of these cookies, the cookies that are categorized as necessary are stored on your browser as they are essential for the working of basic functionalities of the website. We also use third-party cookies that help us analyze and understand how you use this website. These cookies will be stored in your browser only with your consent. You also have the option to opt-out of these cookies. But opting out of some of these cookies may have an effect on your browsing experience.
Necessary Always Enabled
Necessary cookies are absolutely essential for the website to function properly. This category only includes cookies that ensures basic functionalities and security features of the website. These cookies do not store any personal information.
Non-necessary
Any cookies that may not be particularly necessary for the website to function and is used specifically to collect user personal data via analytics, ads, other embedded contents are termed as non-necessary cookies. It is mandatory to procure user consent prior to running these cookies on your website.
SAVE & ACCEPT